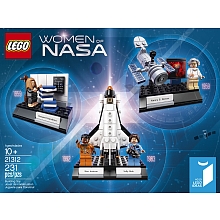 Design your own unique rocket or create a famous NASA astronomer using the special ‘Women of NASA’ Lego ™ set (we’ve added this new Lego set to our space Lego collection).

Women have played critical roles throughout the history of the U.S. space program, a.k.a. NASA or the National Aeronautics and Space Administration. Yet in many cases, their contributions are unknown or under-appreciated — especially as women have historically struggled to gain acceptance in the fields of science, technology, engineering, and mathematics.

The five Women of NASA are:

Katherine Johnson, mathematician and space scientist: Katherine is best known for calculating and verifying trajectories for the Mercury and Apollo programs — including the Apollo 11 mission that first landed humans on the moon.

Sally Ride, astronaut, physicist, and teacher: Sally was the first American woman in space in 1983.

Nancy Grace Roman, astronomer: Nancy is known as the “Mother of Hubble” for her role in planning the Hubble Space Telescope. She also developed NASA’s astronomy research programme.

Mae Jemison, astronaut, doctor, and entrepreneur: TMae was the first African-American woman in space in 1992.

In addition to these five minifigures the set includes vignettes depicting: a famous photo of the reams of code that landed astronauts on the moon in 1969; instruments used to calculate and verify trajectories for the Mercury and Apollo missions; a microscale Hubble Space Telescope and display; and a mini space shuttle, complete with external tank and solid rocket boosters. 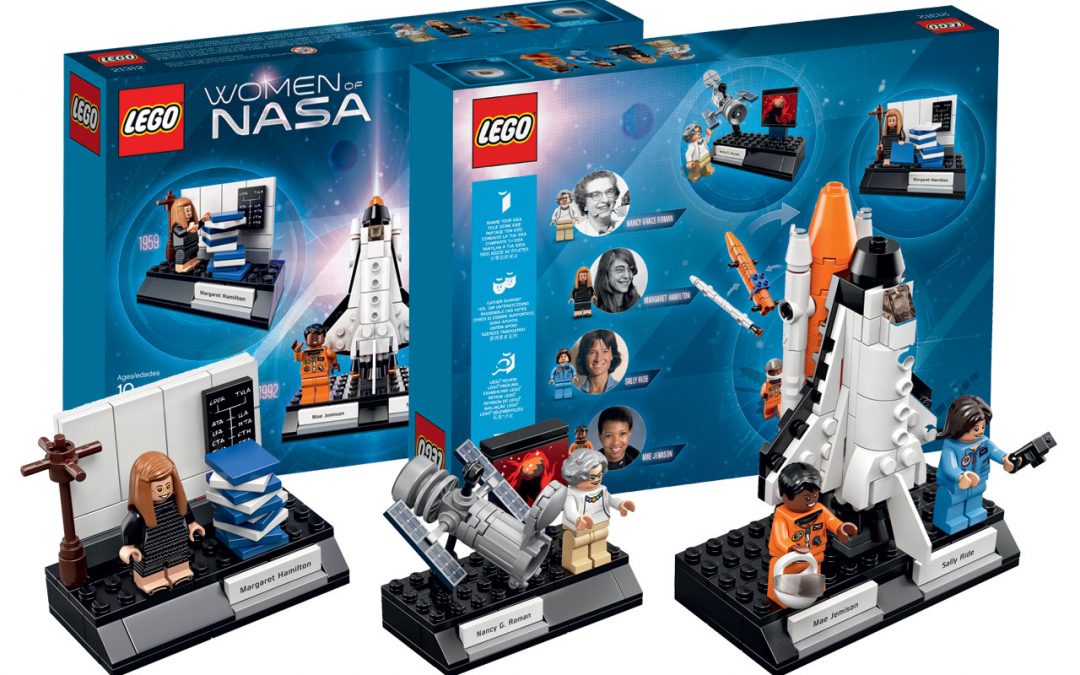