EXHIBITION John Herschel and Nebulae: ‘Whatever shines should be observed’

Home EXHIBITION John Herschel and Nebulae: ‘Whatever shines should be observed’

In 2020 we commemorate the bicentenary of the Royal Astronomical Society through an exhibition celebrating the work of one if its founders, Sir John Herschel.

Featuring some of John Herschel’s rarely seen drawings of Nebulae, the exhibition explores how John expanded knowledge of the universe through his observations and how his work helped to create the organisation that has been encouraging people to explore astronomy for 200 years.

In partnership with the Royal Astronomical Society.

Main image: Panoramic view of the WR 22 and Eta Carinae regions of the Carina Nebula

On 7 May 1788, William Herschel married the widow Mary Pitt (née Baldwin). They had one child, John, born 7 March 1792 at their then residence, Observatory House in Slough. William and John helped to found the Astronomical Society of London in 1820, which in 1831 received a royal charter and became the Royal Astronomical Society. 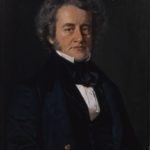